Posted by admin in Trade Shows on September 5, 2016 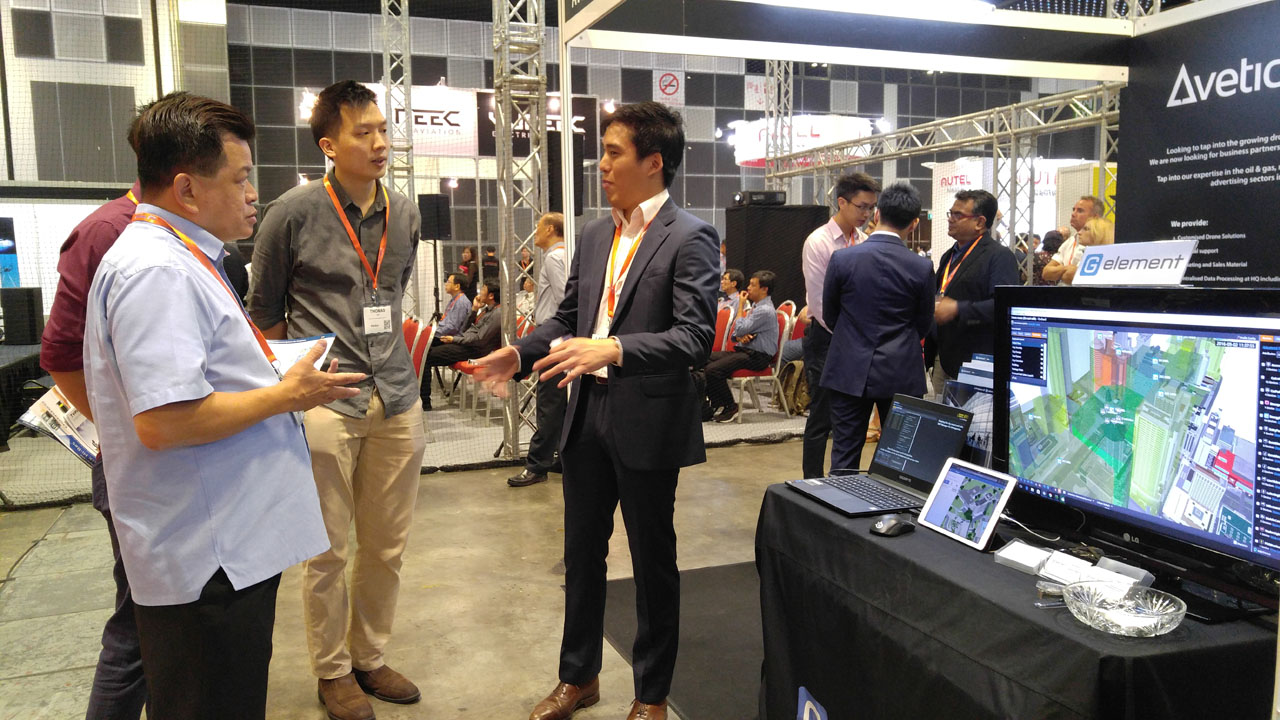 G Element would like to thank all those who took their precious time to join us at the IoTShow 2016 held at Suntec Singapore Convention & Exhibition Centre, 1-2 September 2016. Together with partner company Avetics, G Element presents 3D unified management solutions for large estates, such as a campus or even city wide scale. With the help of Avetics’ drone services, aerial imagery of the location is captured along with the 3D points cloud, which is then used to recreate the 3D models of the required location. By integrating sensors with the 3d model, NUCLEUS allows the management to monitor and control situations that arises across the estate efficiently.